I first met Artist Graeme Biddle mid 2007 and was impressed by his art studio located in the Sydney suburb of Forestville, where he held art classes and conducted his art business “Artrain Express”.

My first impression of Graeme was that I was in the presence of a very talented artist indeed. His walls were covered in literally dozens of cartoons, caricatures and sketches created by Graeme and his many students. Just climbing the stairs to reach his first floor premises, was a treat in itself, with amazing cartoon animals drawn as a mural on the stairwell wall, all set amid a wild jungle scene.

Graeme is always busy and his phone barely stops ringing, so getting a moment alone with the master artist was a considerable struggle. Over the course of about 6 months as I began to put this book together, I managed to realize that getting Graeme aside was going to be a significant feat in itself. With so many customers and students seeking out this man’s skills, I had to figure out a way that worked for both of us and that’s when I decided to use the video camera to capture Graeme mid stream, “up to his loins” in the midst of the creative process, to better show exactly how he does it. So the video format that is prominent throughout this ebook will give the student a first class, “looking over my shoulder” view into how it is done.

During the time of videoing what Graeme was doing, I noticed an incredible amount of work and a whole bundle of happy customers that were very consistent, so this made me think that although his style of caricature at first seems somewhat simplistic and conservative (some may say easy to do), there had to be a good reason when I observed just how successful he was.

When considering this approach to his style I would like to point out and this should set even the most timid artist at ease, that Graeme’s style is very easy to learn. There are some caricature styles that are a lot more difficult to master and they may be well and good and have their place but if you are after a style that consistently delivers both fun and happy customers then this is really good news for you.

As for the tightly held secrets that I had to have Graeme talk about, it took some time but eventually he agreed to provide me with all the good tips that you need to know and they are recorded here in this fun ebook to help you “learn to draw” caricatures for fun and profit!

You know I almost had to pry them out of his mouth, the words that to this day astounded me. It went something like this…

“So Graeme you have been doing caricatures for a long time now, some 30 years and I was wondering is there any or much money to be made from it?”

Hmm I thought I wonder how much.

It wasn’t until sometime later that Graeme let on that he has easily made $3,000 per week (AUD) doing his caricature gigs all over town.

I was gob smacked to say the least. 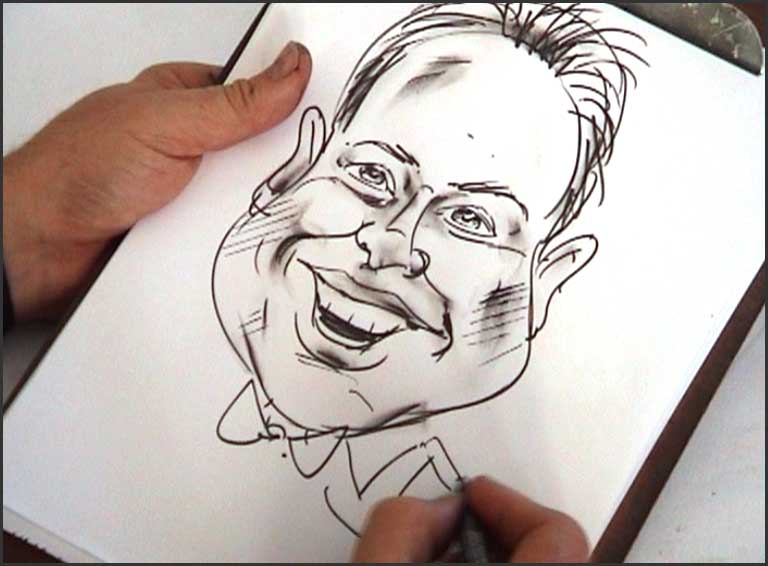 Just how he does it, is what this amazing ebook is all about.